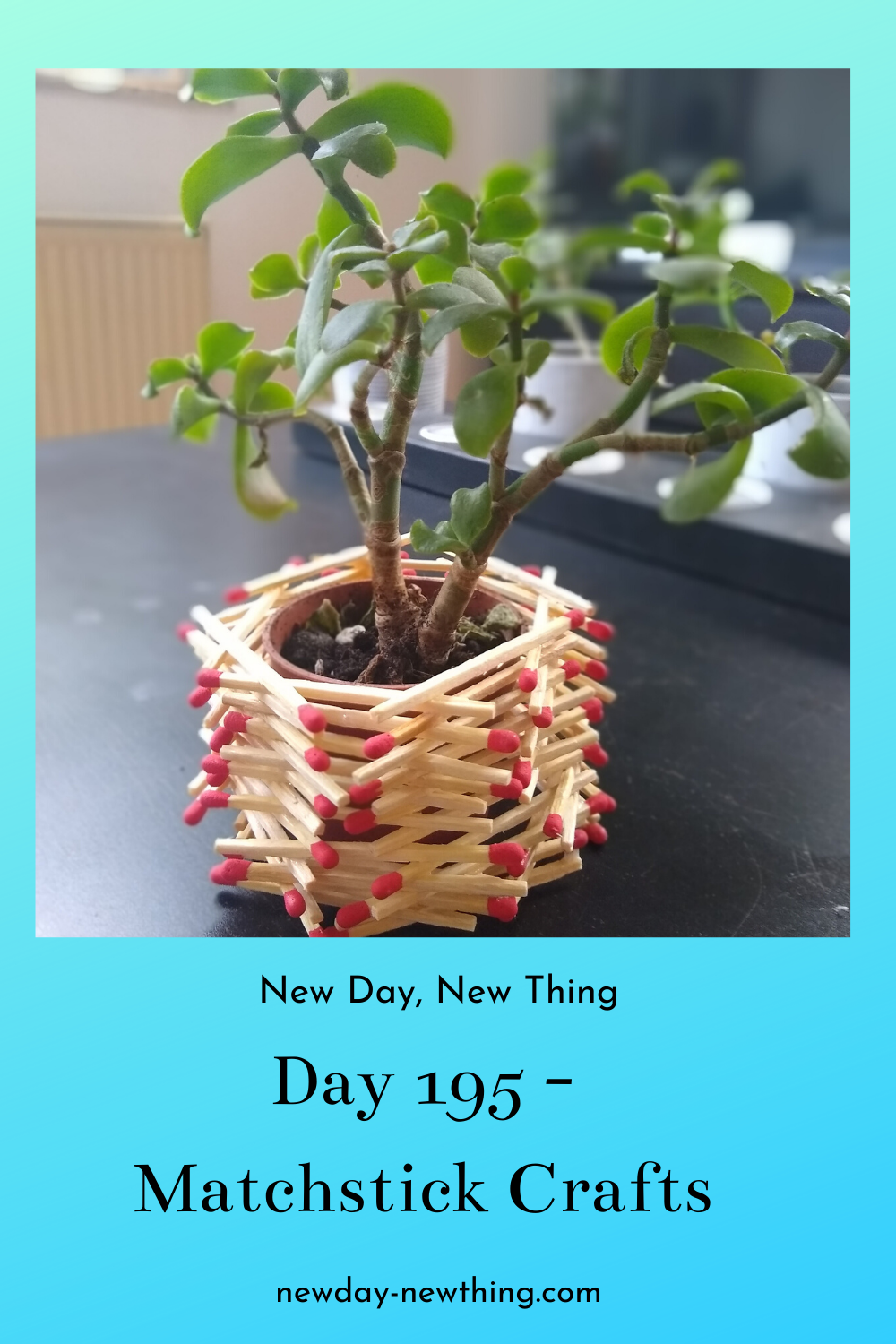 I’d noted matchstick sculpture on my to-do list at the beginning of the year, but looking back on it now I’m not sure what I’d had in mind. I searched Google to try and find some inspiration, but a lot of it was a bit out of my skill level. I eventually stumbled upon a strange corner of YouTube where people make small houses out of matchsticks and then set them alight: I’d found my calling.

I managed to slowly make a rather wonky structure before realising I hadn’t put it on anything heatproof where I could set it alight. Never mind, the next step in the video was to flip the house over, I’d put it in something then. Well, the house never made it that far. The matchsticks weren’t glued together, and my not-so-nimble fingered flip made sure the house came tumbling down. Now what.

Determined to have something to show for the day, I turned to Pinterest to see what random, easy to make crafts I could find on there. I found a simple picture tutorial for a matchstick vase and decided to follow along.

I really made this hard work for myself by having a glass of wine whilst I was doing it. I kept knocking the whole thing over and sticking myself to matchsticks. Luckily the glue wasn’t quick-drying, but this also meant any time I knocked the structure it started to sag sadly on one side.

I managed to stick it to the base, so when I lifted it off the next day half of the bottom matchsticks stuck with it. Oh man, I didn’t enjoy this one bit. I don’t like the way it looks, even though I’ll concede it looks better than I thought it would. The temptation to set this on fire is so strong, but I’m a bit unsure how the glue would react so I’m going to leave it alone for now.

This was definitely something new, but it won’t be something I’ll be making again.