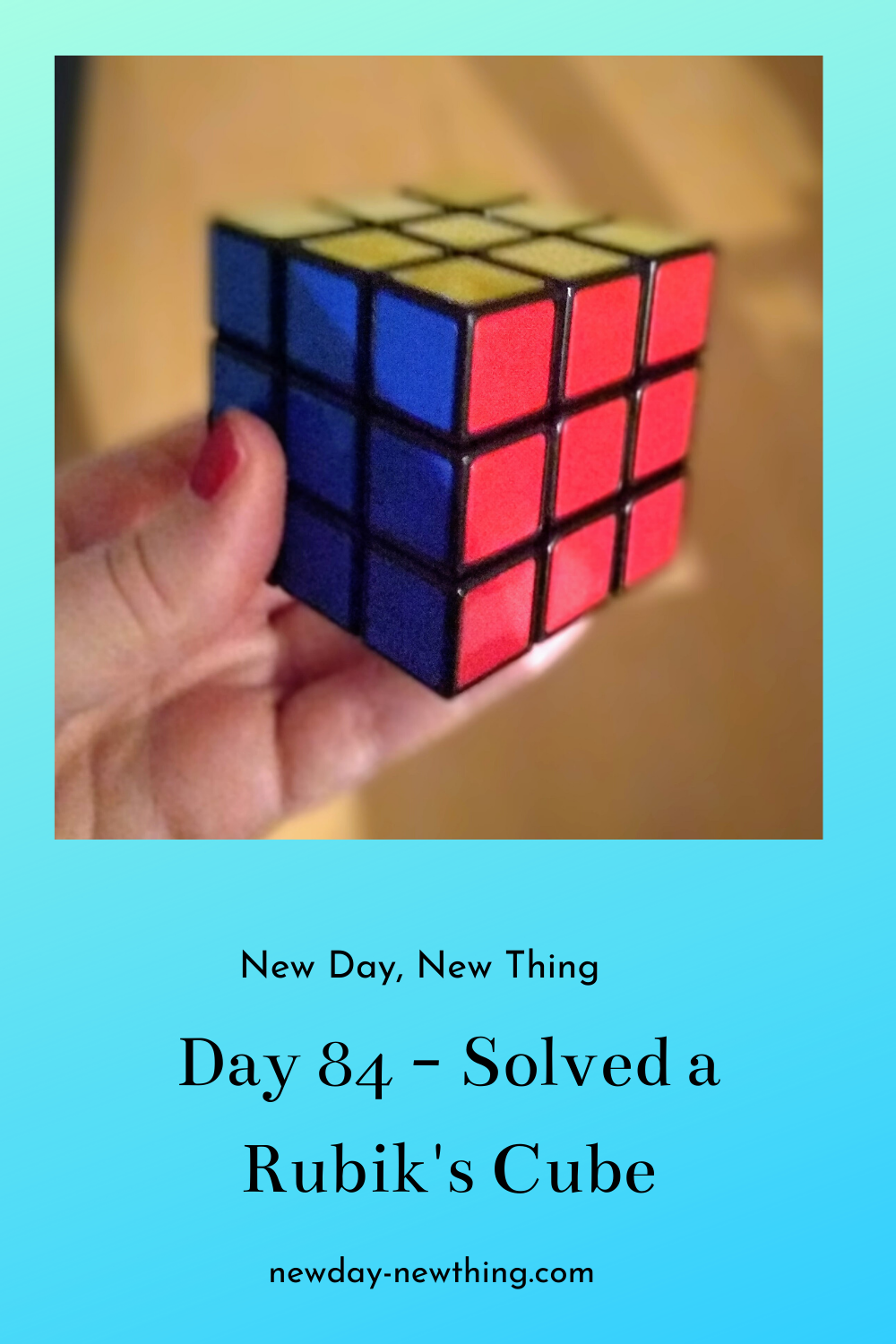 After it became clear the spread of the Coronavirus was going to start affecting day-to-day life I got a few things that would enable me to continue doing new things inside. Thankfully, today was the first day that I’ve had to break one out. Actually, if I have the same experience with them as I had with this Rubik’s Cube than they can stay in the cupboard!

I went in blind with no game plan: just turning parts of the block around and trying to match things up. Obviously, this did not work and I became so frustrated I had to leave it alone for a few hours.

I even called in a Hungarian friend for some of those secret insider tips I was sure she had, but the best she could give me was to take all the stickers off and rearrange it – that would be my ultimate last resort! Instead, I turned to a guide on YouTube to help me.

On the one hand, this video was useful, and I managed to complete the two bottom layers in half an hour (the whole video is 20 minutes), but on the other hand, once we got past that point the moves were so complicated and fast I couldn’t keep up. I then went through a ton of other videos to try and find an easier tutorial, only to have to reset my cube over and over again.

Three hours later, I was so frustrated I was on the brink of tears. I refused to give up as I was so close, but the videos had all introduced formulas to finish the rest of the cube, and were then completing the moves so quickly – I could not keep up. After having a mini-meltdown, James came and helped me and introduced me to the speed settings on YouTube. After his help, and three and a half hours after starting it, I managed to complete the bloody thing: I felt like I’d just finished a marathon! I was so happy and relieved, mainly that the ordeal was over to be honest.

I hope it’s clear by now that I categorically did not enjoy this: it was purely down to sheer stubbornness that I finished it. If you’re feeling bored, please don’t reach for the Rubik’s Cube unless it’s the very last resort. I am going to lock mine in the back of the cupboard so I can never look at it again.