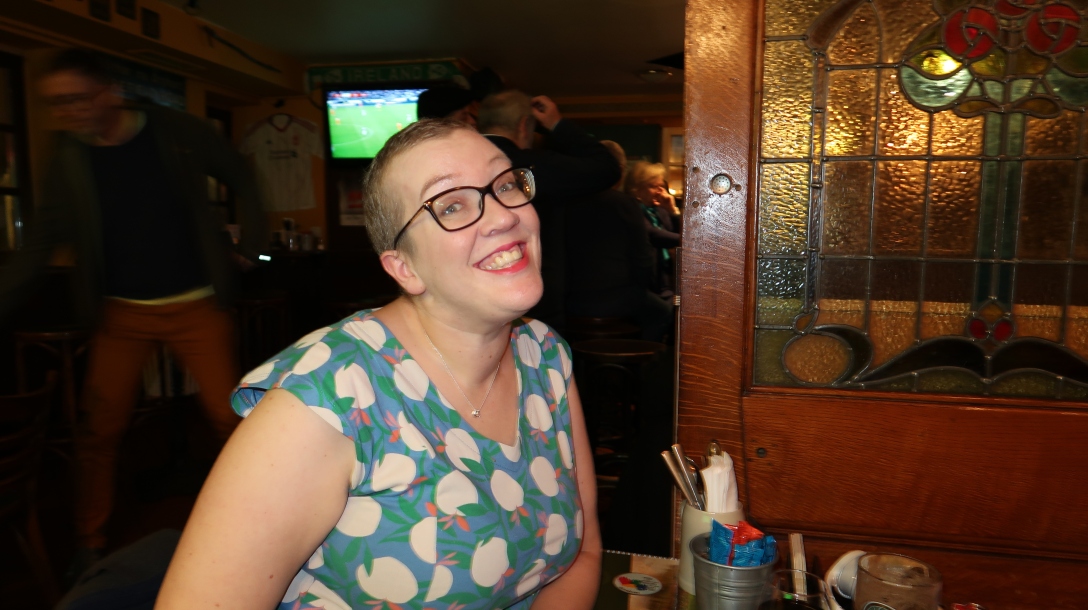 Ok, so this is maybe stretching the concept a bit as this is only new on a technicality: I used to occasionally do pub quizzes when I lived at home. We’d psyched ourselves up to do one when we were in the UK over Christmas only for it to be cancelled. I guess word had got out the brain of Britain had returned!

Anyway, I had the itch and jumped at the chance when my friends invited me to do one at the Irish Pub in Frankfurt a few weeks later, even though James couldn’t make it. A team of 3 (my friend, her husband, and me) didn’t leave us feeling confident so I roped in another friend to boost our (slim) chances of not coming last.

The best-laid plans and all that – the day of the quiz my friend’s husband had to cancel so we went to back to 3. Although we are three, educated, cultured women, we were initially a bit worried that we’d come last. We decided to continue anyway, mainly, because if everything went belly up, we would be in a pub and could drink our sorrows away.

The questions were in English and German which is why this isn’t really new (I’m still taking it), however, this meant it took forever to get through all the rounds. I think we were only half-way through at 10.30! Yes, educated and cultured we may be, but we like our early nights.

Despite our lack of confidence in our trivia knowledge (the ‘Geography’ and ‘Dates’ rounds were particularly brutal) and our tired old lady minds, we didn’t actually come last! A solidly average performance is all we could ask for, if only it had finished earlier…